Have you encountered the following situations? 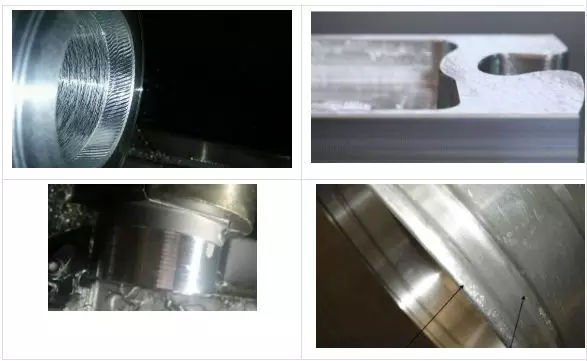 The vibrating pattern believes that everyone is saddened by the vibrations on the workpiece, but they are helpless. In fact, to reduce the occurrence of vibration lines should be avoided from the source, try to avoid vibration when cutting the workpiece. Conversely, when there are vibrations, you can consider these aspects:

The cause of cutting vibration

When the tool vibrates while cutting the workpiece, the following three conditions must exist: 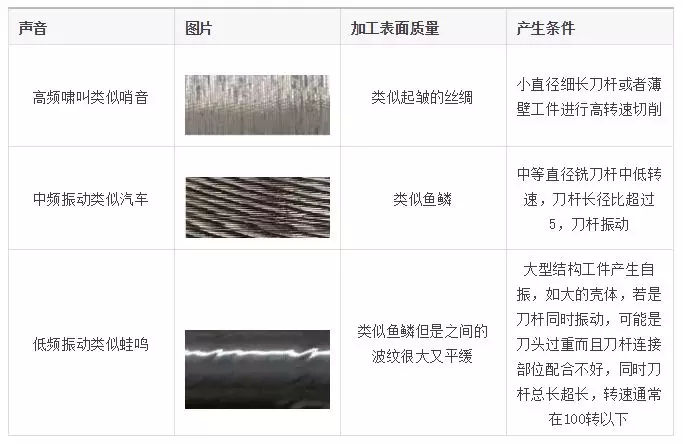 When the vibration is not serious, the general adjustment method is as follows:

[Only for cutters with less severe cutting vibrations, it may be effective]

Reduce the speed of the tool or workpiece

Reduce the depth of cut and increase the amount of cutter

Improve the rigidity of the tool system

The milling cutter is opposite to the boring tool. The closer the main deflection angle is to 90Â°, the greater the radial cutting force and the greater the shank vibration. 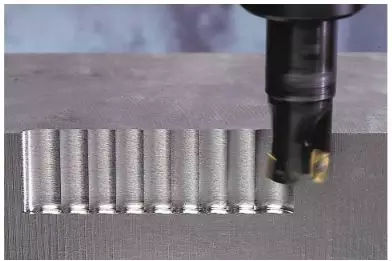 Plunge milling is the tool that enters the tool axially like a drill. When milling a deep cavity, usually the diameter of the overhang of the long bar, we recommend the use of the axial feed method.

The reason for the vibration of thin-walled workpiece milling is entirely from the workpiece. This kind of workpiece is usually box or bowl type.

Improve workpiece clamping. For example, add a suitable auxiliary support point, install a layer of wood between the fixture and the machine table, use a thick rubber band or spring to pull the outside of the shell and so on.

When milling thin webs, it is recommended to use a 90 degree face milling cutter to reduce the axial cutting force on the web. The 90 declination cutters, such as the CoroMi1390 body, are equipped with a light cutting edge insert and a positive rake type insert for the lightest cutting force.

Properly arranging the routing of the knife is very important for milling. Whether it is down-cut or up-cut, as long as the direction of the milling force is consistent with the clamping direction of the workpiece, it is beneficial to eliminate the vibration of the plate parts.

3. Improve the rigidity of the tool system

Improve the static rigidity of the shank

The simplest and clearest way is to increase the diameter of the shank and minimize the overhang of the overhanging shank.

Method for improving the clamping of the knife bar